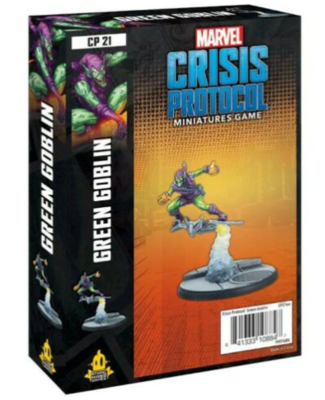 The Green Goblin swoops into Crisis Protocol. Green Goblin is a tech wiz with pumped up strength, speed and resilience. In this pack you will find a mini of the Goblin on his flyer, and all the relevant cards and tokens needed to put the Goblin into your games!