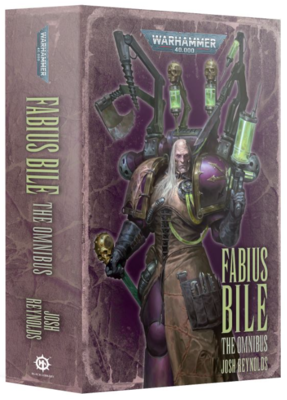 Fabius Bile is known by many names: Primogenitor, Clonelord, Manflayer. Once a loyal son of the Emperor’s Children, now he loathes and is loathed by his brothers. Feared by man and monster, Fabius possesses a knowledge of genetic manipulation second to none, and the will to use it to twist flesh and sculpt nightmares.

Now a traitor amongst traitors, Fabius pursues his dark craft across the galaxy, from the Eye of Terror to the tomb world of Solemnace to the Dark City of Commorragh itself, leaving a trail of monstrous abominations in his wake.

CONTENTS
In this book you'll find the following novellas and short stories: