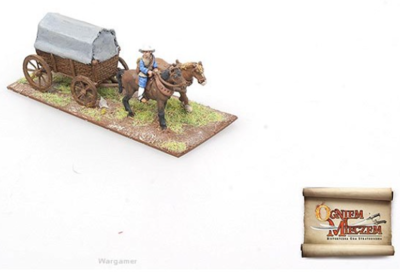 This pack includes 2 x Transport Wagons with Horses and Crew.