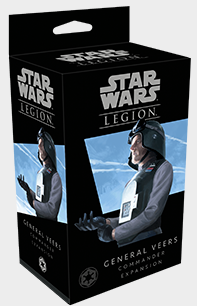 This expansion features a single highly detailed miniature of General Veers as he surveys the battlefield, ready to call in an orbital bombardment on the Rebel position