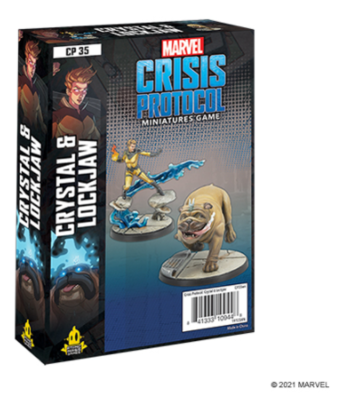 Marvel: Crisis Protocol is a skirmish miniatures game in which players pick teams of Marvel heroes and villains to fight against each other in different scenarios. Each character has its own abilities and "Threat" level, with some growing even more powerful as they take more damage. Over 60 characters will be released by the end of 2020, with a diverse collection of characters from every corner of the Marvel Universe. The X-Men are one of the more recent additions, with a first wave that includes Cyclops, Wolverine, Sabretooth, and Magneto coming out later this year. Players can also choose from characters from the Avengers, the Defenders, the Guardians of the Galaxy, or the Black Order when building their teams.