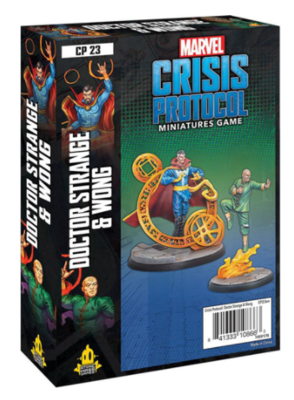 Doctor Strange and Wong teleport into the action in this character pack. The Sorcerer Supreme comes with an impressive mini with him surrounded by his arcane arts. Wong is by his side to help wield magic in the ongoing Crisis Protocol universe.