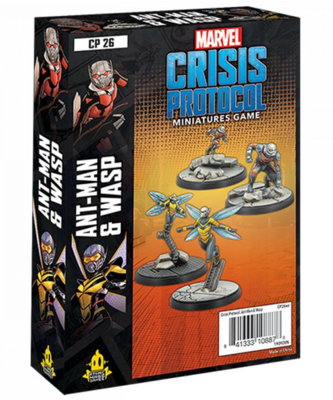 Ant-Man and the Wasp form a size changing duo. To show this each character comes with a mini mini as well as the standard sized version! This character pack also comes with all the cards and tokens you need to add Ant-Man and Wasp to your games of Crisis Protocol.