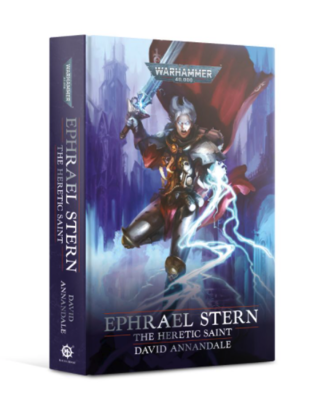 Throughout the tortured galaxy, Ephrael Stern is known by many names. The Thrice-born. The Daemonifuge. The Heretic Saint. Trapped deep within Imperium Nihilus following the coming of the Great Rift, the maligned Sister of Battle fears the Imperium is no more. The God-Emperor’s light, which has guided her through centuries of strife, has too extinguished. Seemingly forsaken, Stern is bereft until a mysterious stranger arrives, offering her a new destiny. One that might yet see the Imperium saved. Stern must prove herself worthy of the God-Emperor’s grace once more, lest a new threat greater than any mankind has faced before plunge humanity into a nightmare abyss of nothingness.