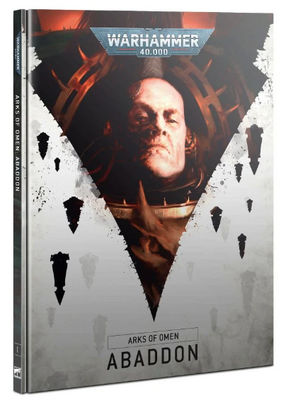 - The ongoing narrative of Warhammer 40,000, including the coming of a new power sworn to the Dark Gods. Astonishing art and a thrilling story set the stage for the Arks of Omen series

- A stunning showcase of miniatures, including depictions of vicious boarding actions

- Full rules for playing your own Boarding Action games, including setting up the battlefield, modified rules for visibility, cover, and loads more

With this book, you will also receive a code to unlock Arks of Omen: Abaddon content in Warhammer 40,000: The App.

You will need a copy of the Warhammer 40,000 Core Book to use the contents of this book.