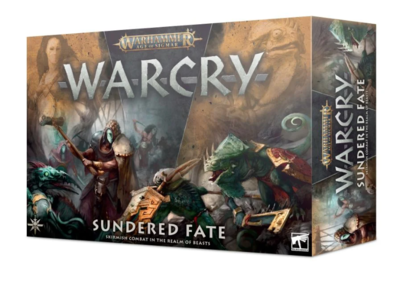 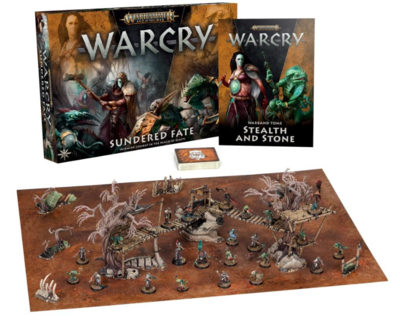 – 64-page softcover Warband Tome: Stealth and Stone – with background, artwork, rules, quests, and campaigns for both of the two warbands in the box

– Jade Obelisk – 10 sinister stonecutters dedicated to casting down the idols of their enemies. These multipart plastic miniatures include 1x Nephrite Priestess, 1x Obelisk Bearer, 1x Idolarc, 3x Desecrators, and 4x Defacers with a variety of weapons

Whether you're jumping into Warcry for the first time or expanding on the collection you started with the Heart of Ghur box, Sundered Fate will have you playing skirmish battles between these two awesome warbands in a disturbing and deadly landscape. You will need a copy of the Warcry core rules to use the contents of this expansion box.