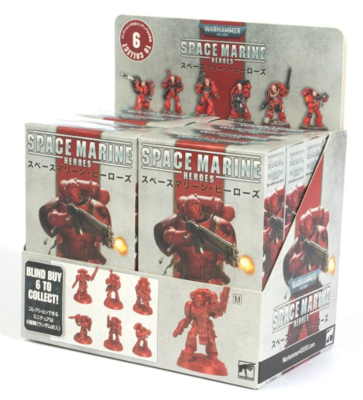 Each Space Marine Heroes miniature is a multipart plastic model, cast in red plastic and supplied with a textured rubble base.