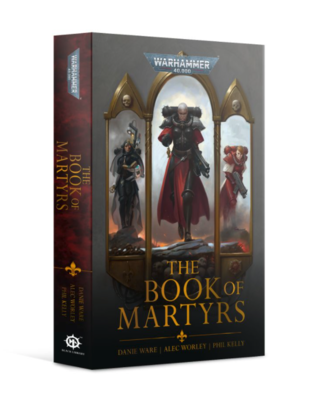 Sister Ishani of the Orders Hospitaller, serving alongside the death-obsessed Valorous Heart, tends to her Ecclesiarchy charges as something inhuman hunts the fields. Sister Anarchia of the Order of Our Martyred Lady, taken captive by the vile T’au Empire, seeks to teach her interrogators what it truly means to be one of the faithful. On a regressed Imperial world, Sister Superior Laurelyn of the Order of the Bloody Rose reinforces the beleaguered defenders against a familiar foe turned anew by the Great Rift.

Consists of the following novellas: