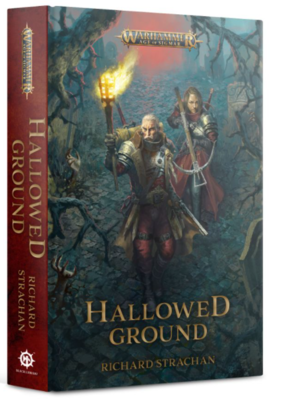 The Siege of Excelsis is over at last, and the survivors count the costs amidst the rubble of their city. Even for Galen and Doralia ven Denst, two of the most feared witch hunters in the Order of Azyr, the horrors they have witnessed are not so easily dismissed. Struggling with the traumas inflicted by the siege, Doralia's concerns only grow when her father disappears into the wilds of Ghur. As she sets off on his trail, Doralia begins to suspect that Galen is hunting down a dark secret from their past - one that might hold the key to a new threat rising to engulf Excelsis.

With the city barely recovered from its ordeal, both witch hunters must make a fatal choice between the desire for revenge and the rigours of duty - and should they decide poorly, Excelsis will pay the price.