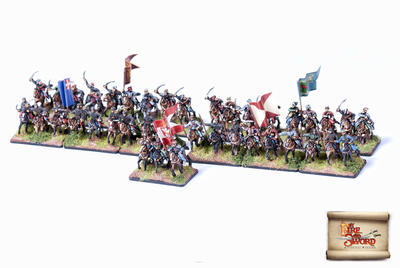 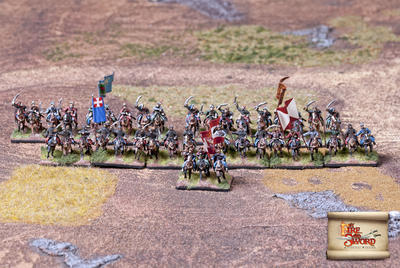 During the 17th century Polish cavalry regiments did not have a permanent organisation. Regiments were usually created for a given campaign, but sometimes they were formed for a single battle. Traditionally the king's and hetman's regiments were the most numerous in the army, numbering as much as 2000 men in more than ten banners, while those less numerous could include only several banners and 400-500 men.

This set allows to field a Polish (1650-1666) and Lithuanian (1650-1672) cavalry regiments both in the basic and in elite version. It can also be used as any Polish skirmish force (excluding historical forces). It is also a great supplement for the “Polish Skirmish Force” set and enables to develop it up to 13 FSP!