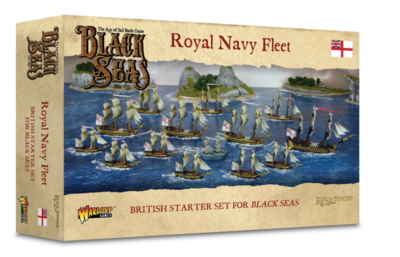 The Royal Navy's national special rules demonstrate the power of a Royal Navy fleet. Indeed, they'll have a great bearing on how you select the components of your fleet. The quality of the Royal Navy's training is represented by their 'Drilled' special rule, which confers a bonus to shooting, and the 'Admiralty' rule confers an extra level of reliability to each of your ships.

As such you may find yourself fielding a smaller number of ships than other fleets, though you'll be able to deck these ships out with upgrades. Each will have a staying power and reliability both in sailing power and in unleashing their weaponry. The Royal Navy is poised to dominate the Black Seas.