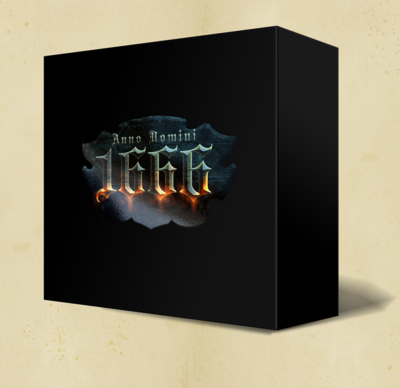 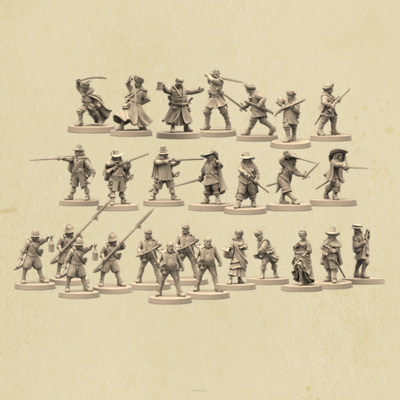 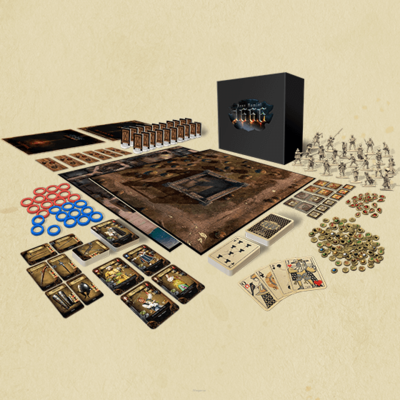 A board game of intrigue and mystery, set in an alternative 17th century Vienna.

After the sudden and heirless death of the Emperor Leopold I, the throne of the mighty Habsburg dynasty is empty. Electors of the Holy Roman Empire make their way to Vienna to choose the new monarch. European powers dispatch their envoys to Vienna to make sure that the candidate they support wins. They also send their best and most trusted men for tasks which can’t be officially done by politicians.

Anno Domini 1666 is a swashbuckling board game of intrigue and mystery set in alternative reality of 17th century Europe. Take command of a band of rogues and heroes, represented by highly-detailed miniatures, and face your opponent in dynamic and challenging scenarios. Explore the dark alleys of Vienna. Fight using amazing fencing skills and dirty tricks. Negotiate, convince, intimidate. Hire mercenaries and buy equipment. Pray for God’s help… or pact with demons. Do not let the city guard catch you! Never surrender!

This starter set provides you with everything you need to start playing.